Since the invention of paper money banknotes are stolen. It’s time to change that.

So far, banknotes are often coloured during or after a theft. The central banks can not guarantee that the damaged money will be taken out of circulation immediately.

Since autumn 2014, central banks worldwide are increasingly looking for alternatives. The breakthrough could have been achieved with NoteBond. After years of development, the function of the device can lead to ultimate deterrence. The banking world reacted positively.

Developed as a theft deterrent, NoteBond can be described as a revolution in banknote protection. NoteBond has taken up the big problem of the cash industry and made it its mission to go one step further and prevent any banknote theft from machines in the future. Built into the lid of the cash cassettes, the NoteBond unit keeps quiet and watchful for tampering. When activated, the device sprays the notes with a highly effective liquid. This is taken up directly by the fibres of the banknotes and merges them into a solid block. Attempts to separate out individual notes or to remove the hardened adhesive inevitably lead to permanent destruction of the bank notes.

“Throughout development, the development team has worked closely with central banks. This has ensured that not only current but also future requirements are met. In particular, the technology also works with new polymer notes. ”

The liquid is only sprayed over the notes in strategically important places and thus merged into special note blocks. The serial numbers remain visible. This in turn ensures that banknotes that are then completely useless for criminals can be submitted to the Bundesbank for credit. 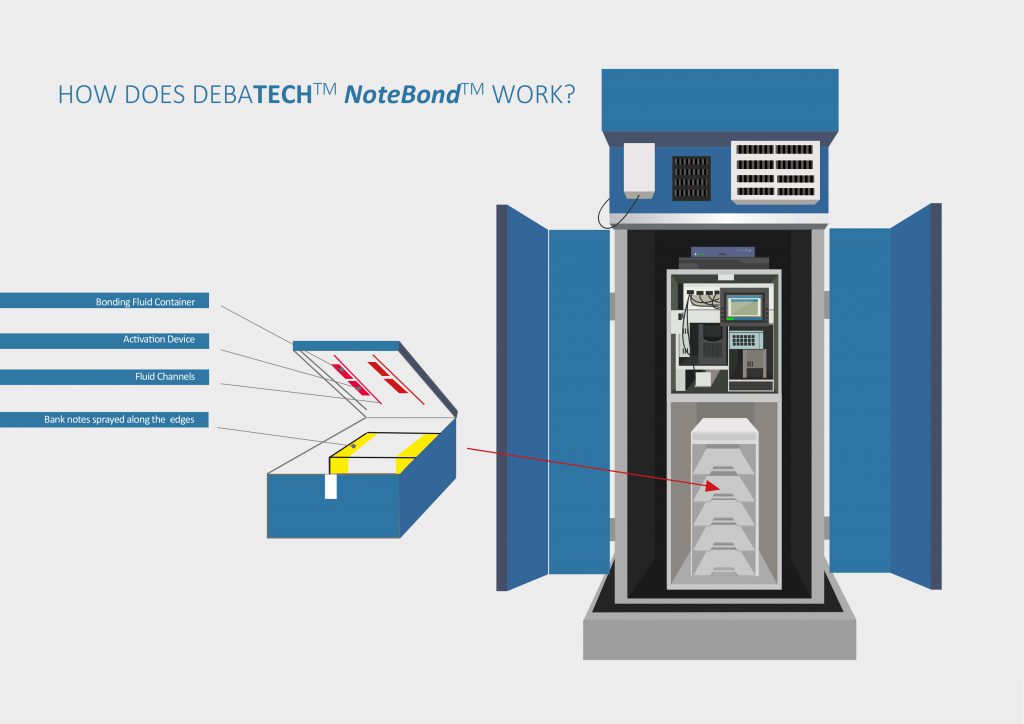